A Look at the Three Big Gold Ratio

Gold is sometimes used as a measuring stick, meaning that rather than measuring the price of various items in Euros, Dollars, Yuan, or Roubles, one can use the price of gold.

Here is a look at the three most commonly referenced gold ratios. Each tell an interesting story.

The Gold to Silver Ratio

The most frequently quoted gold ratio is the gold to silver ratio.

The ratio is in the upper quartile, and has been there since September 2014. It has been on an upward trajectory since bottoming at around 30 in April 2011.

It is also relevant to note that the ratio is on a long upward trajectory. Recent figures fall where the long-term trend would indicate.

Overall this indicates that gold is, over time, becoming more valuable than silver. 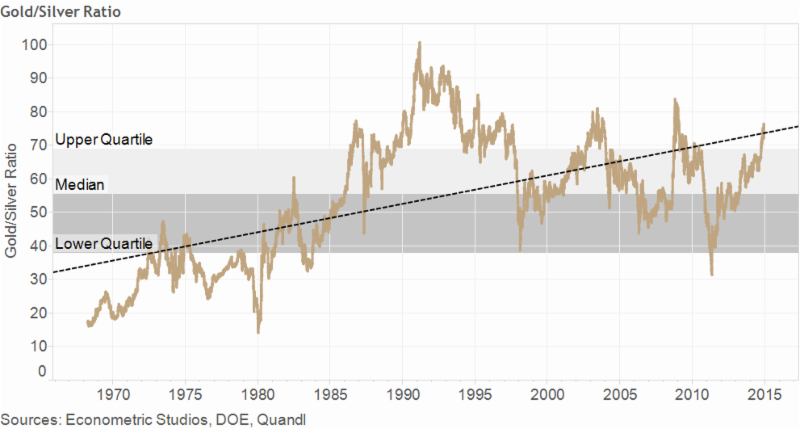 The Dow to Gold Ratio

The ratio of the Dow Jones Industrial Average to the price of gold is generally considered as an indicator of recession probabilities.

This statement is evidenced by the bottoming of the Dow to gold ratio is the 1930s, the early years of the 1980s, and 2009.  Each of these periods were episodes of servere global financial stress.

The ratio has also had its share of strong periods, including the late 1960s/early 1970s and the technology bubble in the late 1990s/early 2000s.

Recently, the Dow to gold ratio experienced a bottom in August 2011 and has since increased to around 15.

The ratio is still below what some might consider its long-term trend. 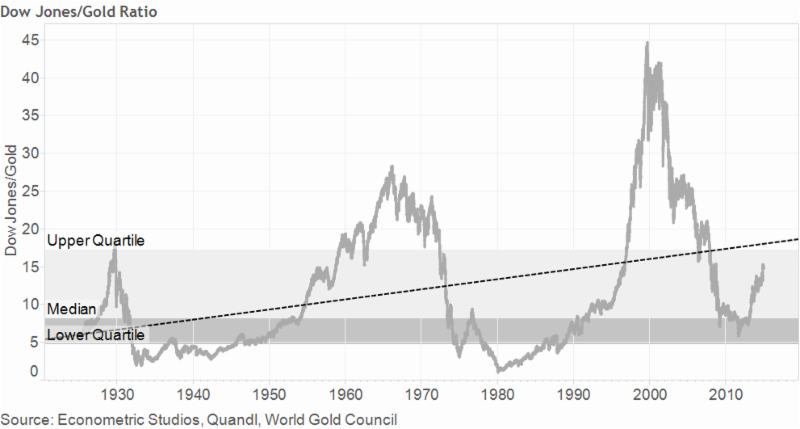 The Gold to Oil Ratio

The following figure provides a look at the measure.

Fascinatingly, the gold to oil ratio bottomed in June 2014 (when the price of oil started collapsing) and has since expanded from 11 to about 17.

The ratio continues to head upwards. 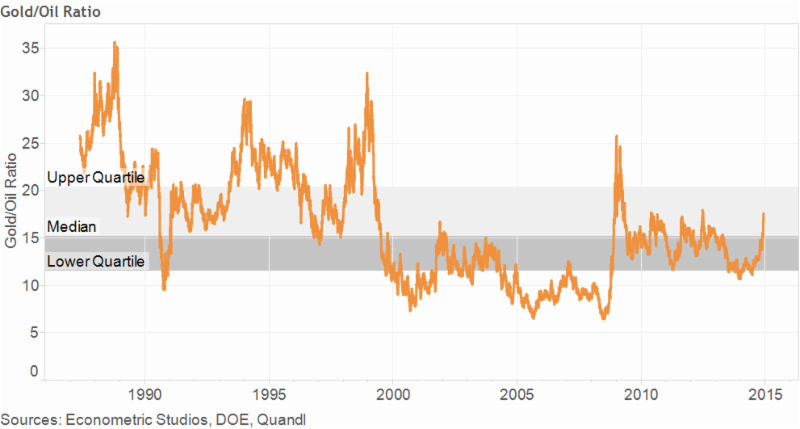 All three measures provide an interesting look into investors‘ minds.